Sandgate, Vermont is located at the far west boundary of Vermont reached from Route 313 out of Arlington.  The Sandgate Road is 12 miles long and access to Rupert, Vermont and Salem, New York can be accessed from roads off the Sandgate Road.  Settlers from Connecticut arrived early and the town was chartered in 1761 .The main industry for most of the next two centuries revolved around forestry, hill farming and most of all sheep, Merino Sheep to be exact. The Town reached its maximum population in the mid-19th century with over 1,000 residents. Migration west for easier to till soils, epidemics, and immense snow storms, that tore barns to shreds, continued to reduce the population.  Today, several historic buildings remain and a population just under 400 people live, work and attend primary school. School choice for secondary education includes Burr and Burton Academy or Arlington High School.  Sandgate residents use the Martha Canfield Library in Arlington and can choose services in Arlington, Bennington, and Manchester or cross the line into New York to reach Cambridge, New York. Saratoga is another option for culture and major shopping.  Sandgate enjoys natural beauty, sparkling rivers and is revered by hunters, seasonal visitors, families and retirees as a respite from a more hectic urban environment. 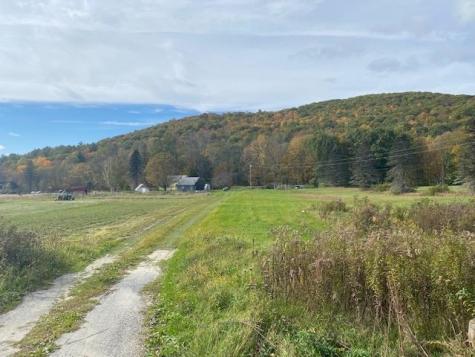 Serene setting for this house, barn and garage. Currently a home with micro greens farm. House has 2 bedrooms and 1 bathroom. The addition has an unfinished bathroom, 2 unfinished bedrooms and an unfinished family room. 6.5 acres including tillable fields and a stream. great gentleman's farm.