With a story no different than numerous New England villages, businesses and industries flourished in the industrial revolution. By the 20th century periods of transition began showing that there were “greener pastures for industry, particularly for textile manufacturers who wished to move south. Later at the end of the 20th century, companies began another series of relocations to international locations or other states. Our current industrial base is smaller but we are meeting the challenge with vibrant “clean manufacturing” and excellent opportunities for employment. Our largest industry is Nastech with over 800 employees. The largest employer in the county is Southwestern Vermont Medical Center, whose physicians affiliated as a group with Dartmouth Medical Center. It is a stellular medical center with first rate physicians and nurses and far more disciplines in medicine represented then you would expect in a town our size.

Today Bennington (including North Bennington and Old Bennington) has a population of 15,764 as of the 2010 census is experiencing a fresh image with the Putnam Project redevelopment project. It encompasses a 4 acre parcel in our center business district that will include housing, retail and professional office spaces.

We are home to four Colleges: Bennington College, Southern Vermont College, Community College of Vermont and Baptist College. Our high school is regional in student base with a wide variety of programs including advanced studies. A Vermont State Vocational School is also located at this site. Graduates go on to successful careers. Our office sponsors a column in our local newspaper called “Where Are They Now?” which talks about what our kids are doing now. We have an abundance of cultural events provided by Sage City Symphony, Vermont Arts Exchange, Oldcastle’s Theatre, Bennington Museum and Bennington Center for the Arts. Music flows through the valley from chamber music, concerts and quartets. The Summer Sonatina provides classical music programs for returning adult amateurs and any number of local bands featuring various niches and a terrific Bennington Chorale Society delight musicians and music audiences. McCullough mansion and Carriage Barn host music concerts and plays as well as many programs sponsored by the colleges.

Recreation here is a lifestyle choice for many professionals that might rate our area with skiing, biking, hiking, fishing and hunting as well as golf, swimming and equestrian sports. We have a wonderful park overlooking the Town and Mount Anthony and a Recreational Center with an indoor Olympic sized pool. Our Country Club is open and friendly with reasonable membership fees and fine dining for lunch, dinner and special events.

We have all the amenities for both seniors and young families who appreciate our medical facilities and a community centered on family values, free of major crime and bumper to bumper traffic.

Young singles appreciate the ability to connect with the Berkshire Arts scene and the Capital District of Albany, New York for more cultural happenings. Broadway plays are a morning’s train ride into Manhattan from Albany and Red Sox season tickets are held by many Benningtonian’s who drive into Boston for games.

We are a diversified town with room for everyone to have a voice. Town meeting day in March and selectman’s meetings are widely attended and points of view are roundly discussed and settled. See these events on TV or become a participant – it is the Vermont way. 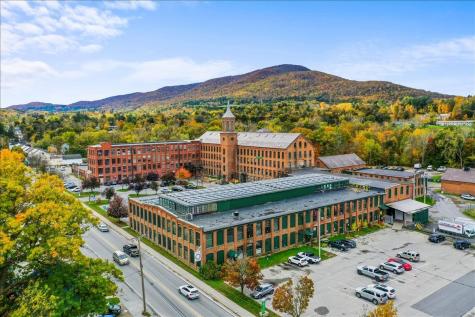 Opportunity of a lifetime! Imagine owning one of America's largest historic mills? Built in 1865 additions into 1935 and strategically placed in the heart of the thriving Bennington town, this mill began with Civil war uniforms, then continued as a woolen mill for decades, went on to become a knitting factory and a paper mill too. In the early 1900's over 1/3 of the area was employed here. Since the current owner invested into in the 1980's and 90's, it has continued to grow and is now a booming mixed use building nearly at full occupancy creating space for medical and counseling offices, College classrooms, Gyms and health oriented spaces, Manufacturing companies, design studios, attorney offices, retails stores, auto work, graphic designers, artist studios, storage spaces and even housing! You name it, it can be done here. The potential is unlimited. There is a huge need for housing in our area and the prospect for condo units in this place is viable. To rebuild this incredible structure with the wood beams, steel infrastructure and brick construction would cost over 25 million in todays dollars. The entire building has been updated with electrical, plumbing, heating and an elevator system. With all the new, there is still so much character from the many lifetimes this property has traveled through. The outbuildings in the back could be sold for hundreds of thousands of dollars themselves if listed separately. With nearly 11 acres and plenty of parking plus river frontage!

This is your chance to own an established multi-sport training/camp facility in downtown Bennington, Vermont. The former Catamount School has been converted and refurbished as a sports training complex. Space including several indoor turf facilities, full cafeteria, dorm rooms, parking, and outdoor fields - this facility is ready and turn key! Whether you want to run a soccer, lacrosse, basketball, baseball, or any other sport camp or training operation - this is the place for you. In addition, there is unused indoor space ready for expansion! The former Catamount School with street footage on route 7 is available separately. Also included in sale is all kitchen equipment, furnishings, sporting equipment, and facility maintenance tools/equipment. 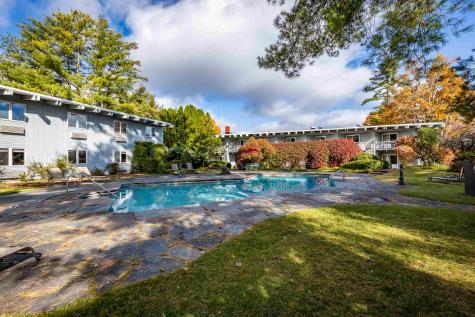 Turn key operation, development opportunity, you decide! Large and loyal clientele. Elegant property. Owner home on site. No commute to work. First time offered. PRICED TO SELL! The Paradise Motor Inn is located in Bennington, Vermont. Don't miss on this unique opportunity to own one of the finest hospitality establishments in the heart of Southern Vermont. The property is well maintained and offers a variety of added values and experiences: extensive gardens and lawns, tennis courts, pool, pickle ball. Ski, golf, hike, all within a few miles from the Inn.

This is your chance to own the former Catamount School on Route 7 in Bennington, VT. This property includes road frontage on Route 7, building and improvements. The property is currently deeded together with the property on 230 School street, but will be subdivided in accordance with Purchaser and Seller's agreement on lot lines and easements. Entire property also available for sale under different MLS#4831584. 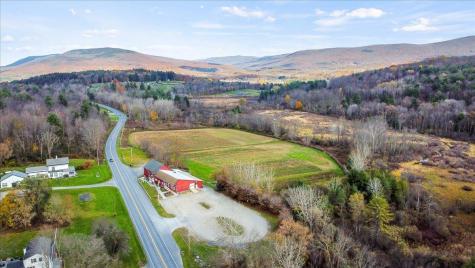 Our beloved Apple Barn of Bennington, Vermont is now available for sale. After over fifty years of a family business, the owner is now retiring. This business is known to many from near and afar, searching for the best baked goods, maple syrup and an eclectic retail shop. Known for it's apple cider donuts, holiday pies and fresh apples from the owners apple orchard, this business is thriving and ready for a new proprietor. Open seasonally, the Apple Barn has the potential to produce business all year long, with the possibility of serving a broader spectrum of food to its patrons. The building stands 5600 square feet and is kept impeccably clean, maintained and includes all equipment, fixtures, bakery and ice cream cases and much more. Included on the 19 acres is a farm that yields berries and vegetables, all which are sold for retail in the spacious barn. The business is situated on VT Route 7 close to downtown Bennington and is the stopping point for many traveling on this busy road. This is a dream opportunity for the right buyer, or individual ready to take on a family business.

This open, flat parcel is adjacent easterly of The Bennington Square Shopping Center with Penny's, Staples, HallMark Gift Shop, Olympia Sports, and Label Shopper. There is a free standing Burger King and Peoples United Branch Bank located on either side of the front entry. Plans are underway for the new owner Ocean State Job Lot of the shopping center to open one of their stores at this location. Traffic Count at the junction of Route 7 North and Kocher Drive is the highest count in the area with 13,700 vehicles recorded on an average per diem. The property is zoned commercial with all community utilities available at the street. 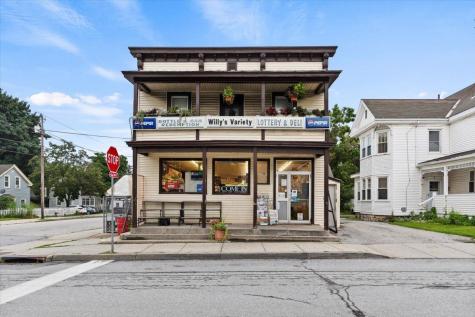 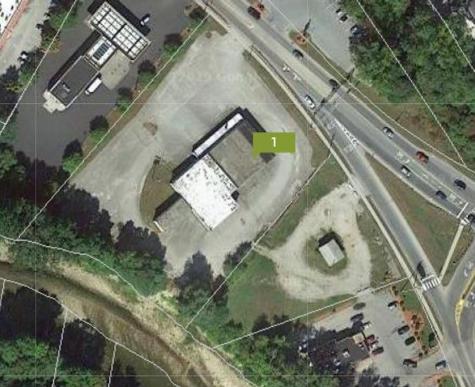 Having one of the highest traffic counts in the town this location is ideal for chain drug store, fast food, convenience store, small strip mall or other retail location wanting to take advantage of great daily traffic count. Presently there is a former auto dealer building on the premises.